What is Anorexia Nervosa?

Anorexia nervosa has been defined as an irrational fear of gaining weight coupled with a constant attempt to lose weight. Victims of anorexia nervosa display a dangerous obsession with thinness and are known to go to extremities to maintain a low body weight. A disturbing and debilitating part of this affliction is that the more weight the victim loses, the more obsessive they become about losing even more weight. The symptoms are often difficult to spot in the beginning, and anorexics usually tend to deny their condition. However, as it worsens, the tell-tale signs of anorexia nervosa like dramatic weight loss, and a denial of being too thin start to appear.

There is no one specific cause for anorexia nervosa. It is thought to be a result of various biological, emotional and social triggers. Research has shown that in some cases, a predisposition to anorexia may tend to run in families, thus making the disorder genetic. Another important part is played by the brain. Victims of anorexia nervosa have higher levels of cortisol, a hormone secreted by the brain that causes stress. Similarly, they also tend to show decreased levels of hormones such as serotonin and norepinephrine, the hormones associated with the feeling of well-being. Sometimes it is due to a result of a lack of confidence in one’s looks that can trigger an obsession for thinness. This cause is mostly seen in women.
The trait of perfectionism too can play a part. If one is constantly obsessed with perfectionism, it might just as well translate into anorexia nervosa. In some cases, this condition may just be the result of an overly stressful life or even a huge emotional upheaval. The third factor, and the most important one at that, is society and its pressures. People, especially women, are under the constant pressure to look good, if not perfect. And when thinness is seen as a desirable feature in a woman, it only makes matters worse. Peer pressure is the biggest cause in cases of teens displaying signs of anorexia nervosa. An unhealthy obsession with activities such as ballet, gymnastics or modeling is also known to have resulted in anorexia nervosa.

Though the signs of low self esteem may not be obvious, anorexics view themselves through an excessively critical eye which can be very obvious. For example, an anorexic person may often lament over imagined weight gain. In addition to this, anorexics show an aversion to any and all food and often find excuses to separate themselves from others just before meals in order to avoid detection. This disorder should not be treated lightly and professional therapy is a must. In addition to this, family support is essential.

Home Remedies such as Garlic, Ginger, Limes, Oranges and Apples should be encouraged to soothe the digestive system and naturally stimulate the appetite
See dietary tips below!

* Thinking that they are fat

* Obsessive fear about getting fat or putting on weight

* Always thinking about their weight

Agrimony for hiding behind a mask, 'putting on a brave face'

Crab Apple for self-disgust (being unhappy with one's own body)


This disorder naturally results in a loss of appetite due to excessive fasting where the activity of the stomach slows down and secretion of gastric juices are reduced. The stomach has to be treated if possible to balance the damage that may be present, and to also encourage the appetite to increase. Try any or all of the tips below.

Eat at least 1 Apple a day.

Boil 2-3 cloves of garlic in about 1 cup of water.
Strain, then Add the juice of ½ a lime to this mixture and drink 2 times a day, for a week.

Make a paste of fresh Ginger.
Add a pinch of rock salt and a drop of lime juice to ½ a teaspoon of the paste.
Eat this 2 times a day for 1 week.

Chamomile tea is the 'Mother of the Gut' and is very soothing for the whole digestive tract as well as being a Nervine (soothing and nutritive to the Nerves)
Chamomile tea with a teaspoon of honey (& a slice or two of fresh ginger) should be drunk as often as desired and is especially good in the evening. 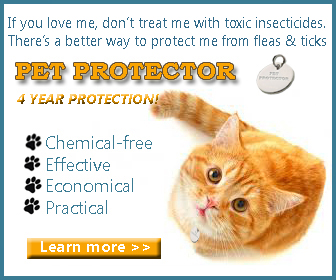 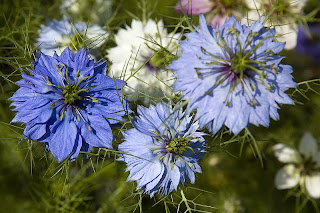