Have you had your Greens today? 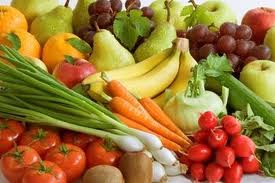 Everything we eat influences our body's pH level. By consuming too many acid-forming or acidic foods, like a typical continental breakfast, white bread, hot-dogs, muffins with coffee or coke, our body is continuously fighting to neutralize the excessive acid and to retain a pH balance [which is a pH level of 7.356 on the pH scale]. Symptoms of a pH imbalance can be weight problems such as overweight and underweight, as well as other health conditions such as allergies, arthritis, acne and heart attacks.
To optimize our health and well being, the ideal balance of food and food residue in our body is 80% alkaline and 20% acidic, and is referred to as an alkaline diet, also called an acid alkaline balance diet. The theory behind this pH diet is that the pH produced by the food we eat should reflect the pH level of our bloodstream, which is approximately 7.36, and that if it does not, the pH of our bloodstream may be disrupted. Dr. Robert O. Young claims that health depends primarily on proper balance between an alkaline and acid environment - as when our bodies become too acidic, our bodies will take whatever action necessary to regulate the pH and the acid-alkaline balance of the blood. In this environment our bodies will begin to break down and show signs of disease including cancer, obesity, flu, skin disorders, osteoporosis, yeast overgrowth, etc.
Dr. Young is author of several books, e.g. 'The pH miracle' and 'The pH miracle for Diabetes'.
(Source: Wikipedia) 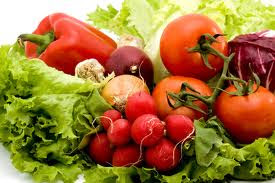 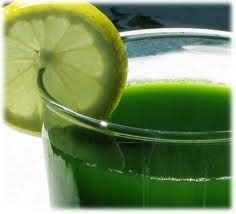 Discover how the alkaline
diet works & why alkaline foods are highly recommended for your health: Click Here How Stressed are you? What is the placebo effect? Video: Nick Ortner interviews Dr. Lissa Rankin About: How stress in your mind affects your health... Why stress is WAY more toxic on the body than you think! Why stress is WAY more toxic than you think!! Why stress is WAY more dangerous than you think!!! In the interview Dr. Lissa Rankin, a traditionally trained medical doctor who specializes in understanding the mind-body connection, sits down with Nick Ortner, the producer of the event.   They have some very interesting dialogue where Dr. Rankin shares her latest research as well as solutions and shares her perspective on what is happening in the mind and body when people are doing EFT Tapping. You're going to really enjoy this! Most people treat stress like a badge of honor, proudly displaying it like it's something they've earned.  "I'm stressed out so that means I'm working hard and I'm valuable."  Without knowing it, many
Read more