February 16, 2012
A  diet rich in wholefoods benefits not only our body physically but mentally and emotionally as well...
Recent studies have shown that what we eat influences our moods and psychological behaviours — a link that represents an exciting new frontier for personal health and happiness. Choosing to eat foods that are fresh, with a high nutrient value of vitamins and minerals can be a recipe for success!

Nutritional factors can have a significant impact on brain function, which can result, if deficiencies or imbalances occur, in numerous mental aberrations, such as depression, anxiety, attention deficit hyperactivity disorder, schizophrenia, autism, bulimia, anorexia and bi-polar disorder.
Linus Pauling Ph.D., a two-time Nobel Prize winner, summed up this perspective well: "It is now recognised by leading workers in the field that behaviour is determined by the functioning of the brain, and that the functioning of the brain is dependent on its composition and its structure" ... ....Read more here...

And the composition and structure of the brain is largely determined by what types of foods and nutrients we ingest,
for example Vitamins can have a significant impact on brain health:
As well as the main Minerals that are connected to moods and behaviour:

And Spices and Herbal Medicines can also play a part in stimulating brain function:

But a good start and convenient course of action is paying attention to our Diet and include foods such as:
As the saying goes: 'We are what we eat' and if we understand this connection between food, mind and mood, it is easier to choose whole foods that will power our brain, control mood and increase feelings of motivation and overall happiness. :) 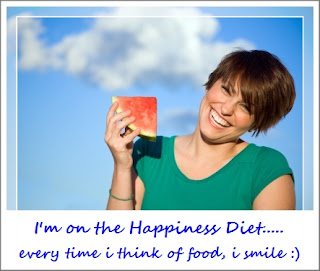